Debate arguments often operate like fashion trends; they emerge on the scene, gain popularity, that popularity peaks and then declines. Some arguments, like multiple counterplans, then experience a resurgence years later. For some time now it has been very difficult to gain any traction by going for framework arguments on the affirmative vs negative critiques. This is partially because judges get tired of hearing trite theory debates, and also because as the K has gotten more and more mainstream the idea that it is “abusive” has become a tough sell. However, many greedy negatives are not content with 4 entirely plan inclusive counterplans- they also want to use framework to moot the remaining shards of 1AC so that they can pick up an easy win. Because of this, you as an affirmative must be able to pick up on when it is happening, and competently extend framework.

To begin lets look at the problem of trying to figure out when you do and don’t need to go for framework. To start with, you have probably written your 1AC with some kind of strategy involved. It may be a uniqueness trick (withdrawal now) or a hyper specific new advantage you will start with as an add on in the 2AC and then blow up in the 1AR. Whatever it is, you have some idea in your head of where the debate needs to go for you to give a winning 2AR, and the 1AC does its best to lay the foundations for you to employ this strategy. What negatives reading critiques do with framework is to disrupt this strategy, to take you off your ground, and to tip the playing field in their direction.

It is important to note, there are many ways the negative can do this. You should think of the negatives “game changing” as a continuum.

With your strategy you start out towards the right end of the continuum- you have done your best to set up the most strategic position to begin the debate. The negative will do a variety of things to move that line as far as they can to the left.

So what you need to do in assessing whether or not you need to go for framework is assess where is your point of no return- how far can the neg push you before you are unable to win with your original strategy.

The point of no return is illustrated here in brown to indicate exactly what has hit the fan when the negative pushes past this point. Past this point concerns like “oh my judge hates fw” etc become irrelevant because you are already in an unwinnable position.

Now that my awesome MS paint skills have blown you away, lets get into some examples.
AFF: Coin Sucks- Heg is good

The aff here has presented a traditional policy rationale for reducing presence in Afghanistan. There are certain assumptions here that the neg may critique like whether or not hegemony is good for everyone or just the US, whether or not we should end occupation if it just sustains empire, are we really the USFG? These critiques have various amounts of merit, and you can debate them on said merit. However, when the negative uses a FW argument to supercharge their argument defeating it on merit becomes less/infeasible. Let us assume they k up hegemony, starting on the right side of the spectrum and moving left they could make the following kinds of arguments

2. hegemony is a violent eurocentric ideology that causes structural violence

4. The desire for hegemony is a symptom of neurotic projection

5. Debate should be an iron chef competition and hegemony, while best served cold, is not a tasty dish

Obviously number 5 is ridiculous in its attempt to change what the debate is about, most people would figure out to go for framework here. What about the others? In truth there is not really enough information given here- these are just “link” arguments. With some of them you can see big scary K words and start instinctively reaching for Shivley, but it’s possible that all these arguments could be part of a traditional policy 2NR of politics and case. This is a crucial concept to grasp- even K sounding arguments do not require framework unless the neg is doing something theory wise that is tilting the playing field. For example, the neg reads the following biopower k

A. heg is biopower

With no alternative or framework argument you should be able to defeat it on its merits through uniqueness arguments alone, but feel free to use impact defense if you feel so inclined. Now lets say the neg adds more

Now your strategy has shifted- the neg has basically counterplanned in uniqueness. You could still defeat on merit – permutations/impact turns, but your strategic options have narrowed somewhat. In some instances, an abusive alternative may necessitate a theory 2AR- but rarely is this a “framework” argument- it is more akin to a PICS bad cp objection. But lets say the neg goes even further
A-C same 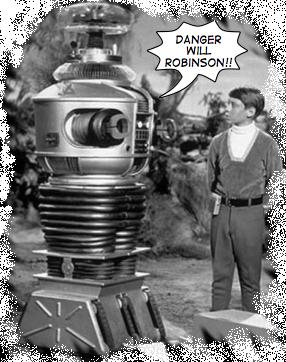 Here the neg has thrown down the gauntlet, then picked it back up and slapped you in the face with it- the official French signal that a cheat off is about to go down. First, they said something about “traditional policy debate”, any time you hear a K team say that phrase you should be elevating your threat level to red. This is because most K FW that are useful to the neg (i.e jack the aff) are ones that move away from policy debate. This is because most affs stake out policy ground in the 1AC. Second, they said performance which is a term not used often in the Weekly Standard. Other terms that might alert you are the ologies (method, ont, epistom) and related words like metaphysics or representations. The mere presence of these words does not guarantee that the negative is engaging in shenanigans, but they are a good indicator the neg is at least considering it.

For example, “reps first” can be a substance argument if you say “we shouldn’t act on threats that don’t really exist”. Against that kind of argument, FW is not very helpful. If however the neg says “the role of the judge is to interrogate the 1AC imagery like a film critic” that is something entirely different and its time to take mclean 01 out of the holster. If any of the above words are present in the 1NC, as far as I’m concerned you should be shooting first and asking questions later- when in doubt throw FW out there.

We are going to move past this for now because usually the K is not very clear in the 1NC for a variety of reasons, so lets just assume you default to reading FW (although this will be discussed in a later post).

The next question is: should you extend it in the 1AR? Here are my list of top 5 ways to know that you need to extend framework

1. The phrase “role of the ballot” is peppered throughout the 2NC- most role of the ballot claims are arbitrary and self serving- things like the iron chef example above seem extreme, but why is Iron Chef any more arbitrary than “who is the least imperialist” or “who is the least capitalist” etc. These ROB’s all try to rig the game in favor of the neg’s impact, so you have to go for a theory argument about why that rigging should not be allowed. ROB is distinct from impact calculus (X o/w) because it is not a comparative claim (X is the worst), it is a procedural claim (x is all that should be considered).

2. Prior question- this one is a bit dicier, as the reps example above proves prior question can be a substance argument in some instances. What is crucial to figure out is if the neg is read evidence to support PQ or making a theory argument. So for example “reps 1st- doty 96″ is evidence, ” Reps 1st-you aren’t in a position to do the plan, discourse outweighs” is a procedural. Many of the signals on this list will be restating the argument “the plan doesn’t happen” – this is because K debaters for some time now have tried to repackage this subtle insight in as many weighs as possible to get the strategic benefit of mooting the 1AC without tipping off the aff that the fix was in.

3. Space – not the final frontier, but the idea that the debate should be about space- opening it up, activating it, anything about space as a concept of whats in the round should set your spidey senses tingling. Your 1AC was probably not written about space, it was about the benefits of enacting a topical plan. Ergo, space is really a ROB arg in disguise. Space as a concept is often employed by teams with oppressiony impacts as an attempt to connect them to the real world- the racism of hegemony is racism in the debate space, vote on real impacts not hypotheticals etc. This “violence in the room” style arg is sort of impact framing, but the theory component of it pushes it into the need to go for FW category for me.

4. The neg makes more than 5 arguments/spends more than a minute- this is a crude metric. But usually when the neg is going off on FW its for a reason. They know that if they dump enough crap there the aff will be too lazy to extend it and they can reap the benefits. Now, you may need to go for FW when the neg makes less than 5 answers- this is an inclusive not exclusive criteria. In general though, the more answers there are on FW, the more likely it is you need to go for it.

5. Repeated use of the term “access”. Such as “they don’t get access to X offense because…” Access is a term that basically is a link or internal link takeout, so it can be used benignly. In k debates though it is often a shortand for “plan doesn’t happen” and so you should be on the look out for the neg saying it, and esp if they are saying it a lot.

8 thoughts on “Going for Framework on the Aff: Its hip to be square pt 1”