This week’s podcast features a discussion of several issues including the 100-point scale, critiques of disadvantages (and how to answer them), politics theory arguments, the use of technology in debate (including the Synergy software), and a few other topics. We are planning on discussing negative strategies against critique affirmatives next week but we would love to hear from our listeners: if there’s something you’d like us to discuss, please let us know!

The most recent edition (from before St. Mark’s) can be downloaded directly. Tonight’s podcast will be posted tomorrow.

The notion that conditional argument is somehow unethical strikes me as even less compelling. Considering several different alternatives does not, on its face, seem morally problematic. Nor does it seem immoral, generally speaking, to modify one’s position to some extent over the course of a discussion or a debate. One might even defend such a course as ethically superior to the approach of adopting a dogmatic stance permitting neither compromise nor modification based on new insights.

Got anything you want us to discuss in the upcoming podcast?

Any debate questions about a round you were in or saw?

Shoot me an e-mail or post a comment  and we’ll try to get it into the next 3nr podcast.

We are considering discussing these issues in the upcoming podcast

– Ks of the Da and answering them

– Use of internet in debate rounds

-being neg vs K affs 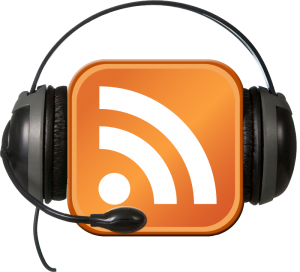 You know the drill- the neg reads some K, they throw around a bunch of big words, many of which will then become voting issues in the 2NC. How do you respond?

END_OF_DOCUMENT_TOKEN_TO_BE_REPLACED

First I want to say that Tim Mahoney, Jason Peterson and everyone at St. Mark’s did an incredible job running this tournament.   The tournament did not run late, everyone had ample time for pre round prep and the tournament ran incredibly smooth.  If you have not been to St. Mark’s before you should consider adding it to your schedule of tournaments.

Having spent a little bit of time reviewing the packet and ballots (both available on Joyoftournaments.com for everyone to see) I think that overall the implementation of the 100 point system was a success.

St. Mark’s provided a scale to be used for assigning points.   The scale translated into the following.  Take the points you would have given a debater on the 30 point scale, subtract that number by 20 and multiply that result by 10.  So if I had wanted to give someone a 27,  27-20 = 7.  7 x 10 = 70.  Now obviously because the scale is larger you get to play around and say assign a 71 72, 73 etc.  The ballot also requested that you not give two debaters in the room the same exact speaker points; the goal of this was that in every single debate you should be able to differentiate in order who debated the best.

Looking at the ballots and the packet I got a good sense that this system is clearly superior to the current system of .5 increments.  The concern of widespread variance was solved for by the scale provided by the tournament.   You were more able to get a grasp of who debated better in any given debate (by forcing each debater to get separate points)  and you were able to better see the differences amongst a medium 27.5 debater and high 28.5 debater in a debate.

My biggest criticism of the system might be something that is more cosmetic then anything but speaks to relative point inflation.  The top 7 debaters at St. Marks averaged above a 90 (or over 29 in the 30 point system) in their 6 debates( looking at total points not even the high /low).  While I think that all of those top 7 speakers deserved their speaker awards (heck one of them was one of my kids) I’ve become concerned that there might be a psychological barrier associated with the 90 point mark.  I’m not sure if people feel comfortable having a high 28.5 be less than a 90 total points.  This in turn could cause points to creep back up into the 85-100 scale and lead us back to the same broken point system we currently use.  Because this is obviously the first high school tournament this is not a reason to dismiss this system and on balance just some food for thought about the system.

The way I see it we have 3 options

1.)    Stay with the current .5 increment 30 point system- to me this is the worst of the 3 options, this system is broken and has been for a while.  I suspect it will take tournaments a while to adjust I’m glad St. Mark’s started this move in HS.

2.)    Keep this point scale (the -20 x 7) at most major hs tournaments and hope it adjusts itself to normal ( I suspect it might)

If someone has an in depth position either way on the system and how it worked at St. Marks e-mail me and we’ll consider making it a feature post.  If you all liked / disliked it send me an email with a reason why and I’ll compile those into a long post to not totally clutter the comment section on the right.

The Detroit Urban Debate Education project is one of eight finalists for the October ideablob contest. Unfortunately, they are way behind the first place project in the voting—it would be great if all of our loyal 3NR readers would take a few minutes to change that.

Detroit Urban Debate Education (DUDE) gives students a brighter future by closing the graduation gap between inner city and suburban schools, increasing college enrollment and reading levels to exceed top-level schools, and improving the long term economic prosperity of inner cities.
Students across the country reap urban debate’s benefits as they enter prestigious universities like Emory, Northwestern, and the University of California-Berkeley. Our organization works with the University of Michigan and Wayne State University to bring the same opportunity to Detroit’s students.

The $10k prize will allow us to provide the means and motivation to help debaters become more improved writers, speakers, researchers and communicators. On average, urban debaters literacy scores increase by 25%, achieve graduation rates of nearly 100%, and nearly 91% pursue higher education.
We will provide highly qualified teachers and coaches all interested high schools, host a city-wide tournament ourselves that would raise money to create a sustainable debate program, and provide a long-requested workshop to teachers and coaches. The funding will also be used to cover transportation to national tournaments and scholarships for students to attend debate summer camps.

On a related note, the National Association for Urban Debate Leagues has provided some updated information about the scholarly evidence supporting the effectiveness of UDLs including a new peer-reviewed study published in the Journal of Negro Education.